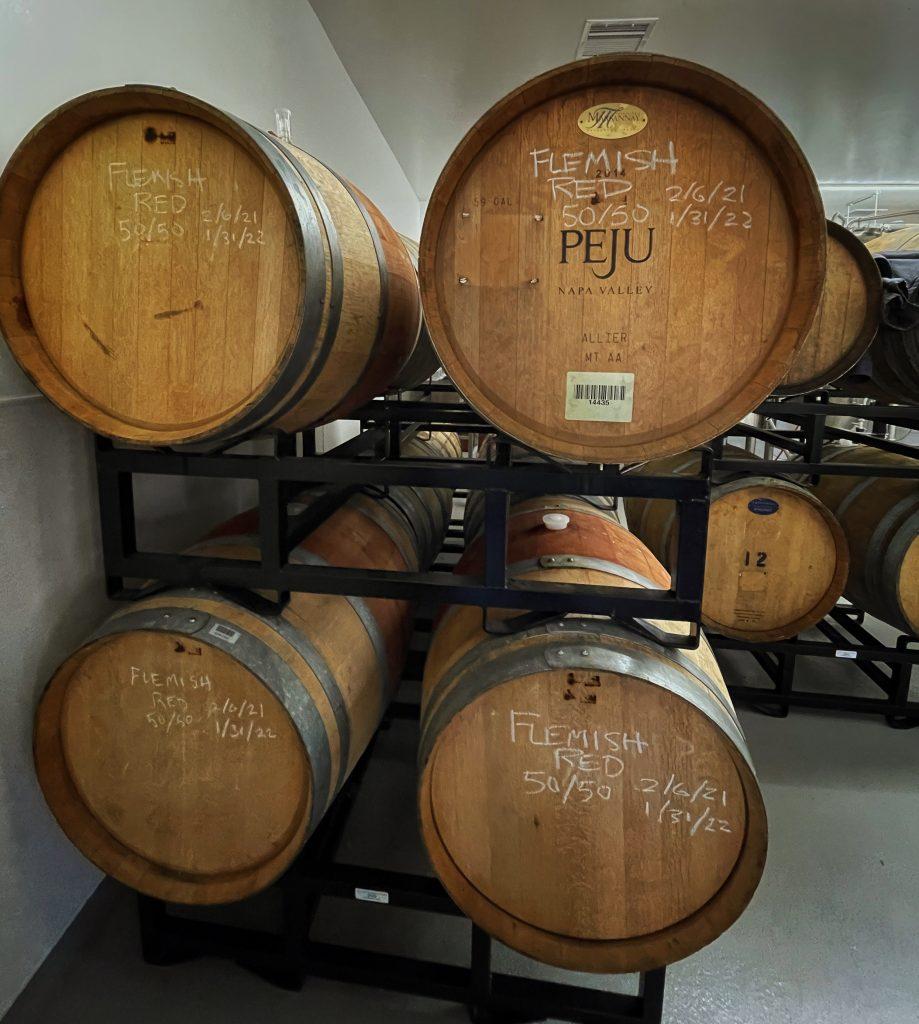 I’m excited about this one. Flemish Red is a classic Belgian style and a personal favorite; it’s also a rarity. There’s a few classic Belgian producers and the occasional American craft brewer rendition, but it’s fairly unusual to come across a solid Flemish (or Flanders) Red.

The style is defined by the BJCP as “A sour, fruity, red wine-like Belgian-style ale with interesting supportive malt flavors and fruit complexity.” (BJCP Guideline, 2015) Our version, dubbed Eureka Rouge, is effervescent with a lively acidity. The aroma is fruity: a burst of citrus is quickly overtaken by a plumminess and tannic, woodiness highly suggestive of the red wine barrels in which the beer was fermented. There’s a lovely supporting maltiness bringing a caramelly sweetness; this provides some balance to what is otherwise a sharply acidic beer.

This will be an annual release here at Gotahold, slotted for early February. Traditionally Flemish Reds are a blend of older and younger beer, but since we’re little more than a year old the entirety of this year’s run was in the barrel for a single year. We kept half of it in reserve to blend, so next year’s batch will be a blend of 1 and 2 year-old beer, and in 2024, we can look forward to a blend of 1, 2, and 3- year old beer.

This will be a small packaging run (even by Gotahold standards) of only about 240 bottles, so get it while it lasts. It’ll be back in February 2023.