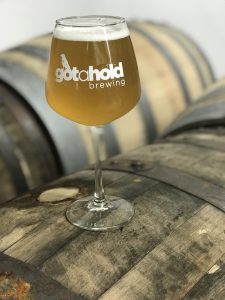 Saison is another one of those beer styles where different brewer’s interpretations lead to a pretty diverse group of beers with distinct and various flavors all sharing the same moniker. I’ve had, for instance, a very delicious Black Saison (the style is generally a golden colored beer). I’ve had saisons with dominating spices like cardamom and lemongrass, and many or most with no spicing at all. I’ve had low ABV saisons and versions of the style that pushed 10%. So clearly, there’s a lot of room to maneuver when drawing up a recipe for a saison, at least in the modern American Brewing scene. But the style does have a story, and historical roots which we elected to try to follow in our way.

Saison simply means “season” in French, and the story about this style that was relayed to me at some point in the past is that the name actually refers to the seasonal farm workers that were the primary drinkers of the style. As I understood it, Saisons were beers brewed at and by farms to supply these seasonal workers that were brought on to help with the harvest in the grain growing areas of Belgium. The beer was brewed on the farm and would have been stored in wooden barrels in barns or maybe cellars and then consumed during the harvest by the peasants recruited to help with the harvest. I like to imagine a group of tired-ass temporary farm workers, exhausted after a day of threshing, carrying heavy-ass bags, and what-all-else they would have had to do being enlivened by the evening’s entertainment – whoever could play music and glasses of farmhouse saison. Probably there was dancing, and eventually some poor decision-making of the “hold my beer dawg” variety. Sounds kind of fun, right?

So given this backdrop of farmhouse production and wood aging, we elected to try to recreate as best we can what a farmhouse saison would have tasted when they were first brewed. We started with lighter-colored European malts and hops, and a primary fermentation with a Belgian yeast strain that gave the beer an interestingly phenolic (cloves, bubblegum) and fruity aroma and flavor. The beer then went into barrels for a secondary fermentation with Brettanomyces. Most brewers don’t use Brett in their saisons, but here’s my thinking: if these beers historically were stored in wood barrels that were used year after year on a farm, it’s likely they harbored Brettanomyces, and that would have been important to the character of the beer.  Also, we kind of like Brett beers here at Gotahold, so figured it was worth the extra effort.

The beer spent 3 1/2 months in the barrels, and underwent a lovely transformation. Brett can ferment sugars that Saccharomyces (Brewer’s Yeast) can’t, so they tend to make a drier beer and that’s the case here; the beer finished up fairly dry at 6.4% abv. The phenolic character that was so obvious after the primary fermentation is fairly subdued, but has been replaced with really interesting fruity and slightly funky notes. Pineapple is fairly prominent, there’s some citrusiness and light funky, yeasty notes as well. There’s a light sourness to the beer, but I wouldn’t call this a sour beer.

Beers like this are an acquired taste, but a taste well worth acquiring. 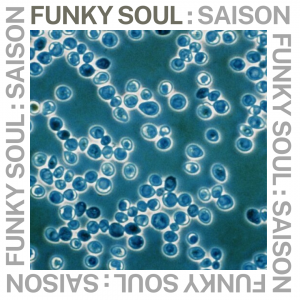