Gotahold Brewing Posted on April 28, 2021 Posted in Uncategorized No Comments 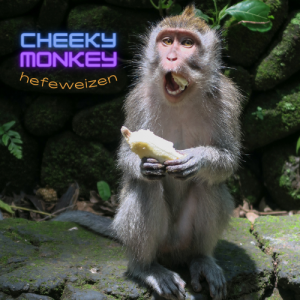 As a style, Bavarian Hefe-Weizen is an outlier, even in its homeland. The style’s name, which translates literally as “yeast wheat” gives one a sense of the oddness of this brew: in a land that celebrates well-aged and thus clear beers made exclusively from barley malt, this is a cloudy beer made with a lot of wheat. While most Bavarian beers feature a squeaky clean lager profile, this brew showcases fruity esters and clove-like phenolics that would make a Belgian brewer proud. It’s also kind of a hard beer to make. Hefe-Weizen yeasts are notoriously finicky; they tend to throw off a lot of banana or a lot of clove, but finding a balance between those two fruity/spicy flavors is often elusive.

We brewed this batch in the very traditional style, starting with 50% wheat and running a long mash that brought the grain-water mixture through a number of temperature stages to give the yeast the right nutrients to make a world-class Hefe-Weizen. We brought in a very expressive German Wheat Beer yeast, and fermented the beer in two stages. Traditionally, a lower fermentation temperature would yield a beer with a stronger clove note and a higher fermentation temperature accentuates the banana aromas and flavors that is generally a characteristic of this style. We split the fermentation into a couple of stages to attempt to bring to the fore both the classic banana flavors and the phenolic clove flavors.