Porter is a style with an interesting history. For starters there’s the name, which supposedly comes from this being a beer popular with street and river Porters – those people one used to employ in nineteenth century London to carry baggage for you. It’s a little hard to think back to a time when there’d be enough of those folk around carrying stuff that you’d name a beer after them, but I guess London was that kind of place back then.

There’s the distinction between Porters and Stouts: people sometimes wonder what the difference is between the two beers. When asked, I usually come up with some sort of an answer, but the truth is that in modern brewing the terms are used pretty interchangeably. To my mind, Stouts are generally more intensely roasty beers and would tend to have more of the coffee and espresso notes and accompanying bitterness that comes along with that, and Porters tend to be smoother, less intense but still opaquely black or nearly so.

The history of the beer itself is pretty interesting as well. Porters hark back to a time where the technology used to make malt was still fairly rudeimentary. Heating sources for drying the malt tended to be wood fires, which can be tough to control with any precision, so maltsters would make a lot of brown malt of varying consistency. It would also tend to have a smokey character from the wood fire. The beer made from using mostly this brown malt would be dark and have a lot of deeply toasted, roasty flavors – maybe like toast that’s been left a bit too long in the toaster, but beer.

Stout beers evolved out of this Porter style, with Stouts being stronger versions of Porters. The story got more interesting as the technology for malting improved, and maltsters were able to dial in the drying and roasting processes using better means of heating and thermometers to better monitor the roasting process. The result was better and more consistent lighter colored malts, but also the ability to make better and more consistent dark malts. One maltster came up with a process he patented for making black malt that could be used in small amounts to make a Porter or Stout. To this day, one can still purchase “Black Patent Malt” in homebrew shops.

Once malts improved, brewers of the time would have evolved their process from using a lot of medium dark malt for brewing Porter to using a little bit of very dark malt combined with the newer and consistent light malts, which would have given more efficient and predictable results. The same could have been said for Stouts. 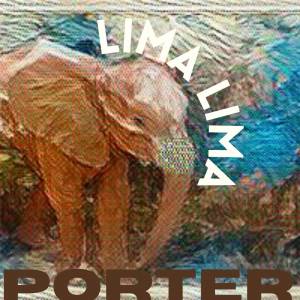 Lima Lima, our first Porter, is smooth and roasty. There’s some chocolate and lighter coffee notes in the nose, but the aromas are fairly subdued compared with the explosion of flavors when you take a big sip. Roasty notes, dark caramel, chocolate and dried fruit (raisins, plums) stand out to my tasting. It’s got a full, but not overwhelming mouthfeel. With 6.4% ABV and 46 IBUs, it’s nicely balanced. A great cooler weather beer, and a great pairing  for a lot of foods. This beer would work with stews and brisket, burgers and steaks, and could also work with chocolate or fruity (especially berry fruit) desserts.

Brewers notes: Past The Breakers

August Organization(s) Of The Month