Brewer’s Notes: This Must Be The Place

Gotahold Brewing Posted on June 23, 2021 Posted in Uncategorized No Comments 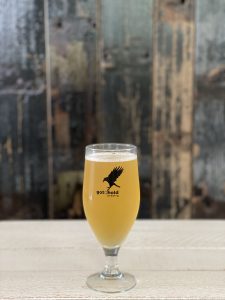 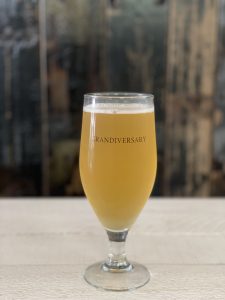 We love wood-aged beers here at Gotahold, especially sour ales. Naturally we bought foeders when we were equipping the brewery and added barrels over the course of the first year we were open. Wood-aged sours often take upwards of a year to come to fruition, and so one of the first beers we brewed after we fired up the brewhouse was a Golden Sour to fill our first Foeder, and we’ve been steadily filling a pipeline of barrels to release going forward. Happily, this beer had a long and lovely ferment over the last 12 months, and is ready to release for our first anniversary.

There’s something different and hard to describe about the aroma of a wood-aged sour. Fermented with Brettanomyces and Lactobacillus, the beer takes on a fruity, woody, and really tempting aroma. It almost smells sweet. The base beer for this Golden Sour was a fairly simple one – pilsner malt with some wheat added, and a minimal amount of hops. We fermented it in two stages: first in stainless with a conventional farmhouse blend of yeasts, then in the foeder with blend of Brettanomyces yeasts and a Lactobacillus for sourness. Slowly, over to course of most of the last year, this beer slowly transformed from an interesting, but fairly conventional farmhouse ale into a tart, funky and extremely delicious foeder-aged sour.

We took the name for this beer from a Talking Heads song – a favorite that seemed to come up in playlists during the construction of the brewery in early 2020. The sentiment that the title evokes helped us feel sure we had picked the right town and the right site to build our brewery.

Of course, given the pandemic arriving when we were preparing to open and the various other challenges during 2020, there were some times we wondered what fate had in mind for us.  When we had a thunderstorm on opening day, we wondered if it was a bad omen, but we were treated to a huge, double full rainbow over the brewery – which made it onto the label of the beer. Eureka Springs and Arkansas in general just seem to be a magical place to us. Home. A place where great things are possible and we believe this beer is a great thing.