Where did the name come from?

Gotahold Brewing Posted on August 24, 2020 Posted in Uncategorized No Comments 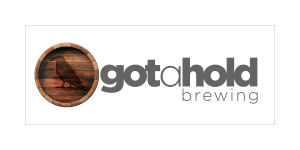 This is the number one questions we’re asked at the brewery.
Names are hard. It’s certainly my (Wendy) least favorite part of marketing. We’d found a dozen or more names we really liked but couldn’t use because someone beat us to it. It was frustrating. We thought we’d end up going with Hartmann Brewing. Until one day in April 2018 when Dave was back in Vermont closing on the sale of our house.
I had gone to Brews to listen to some music and have a cold beer when I ran into some new friends and their friends. They introduced me as having just moved to town. They asked what brought me to Eureka Springs. I said, “to open a brewery.” Then I asked what had brought them to Eureka Springs. They said, “This place just gotahold of us.”
That was the third time in the three weeks we’d lived in town that I’d heard someone say that. I knew that was the perfect name because it is so Eureka Springs.
Eureka Springs got ahold of us, too. Though we aren’t a multi-generational NWA family, we chose this place as our home. Many of the residents are transplants, like us, whom the place gotahold. I think that’s part of the magic.
There’s a little more to this story.
Dave’s beers gotahold of me. I didn’t know he was the brewmaster of my favorite brewery when we met. Over the years, we’ve had a lot of beers together, some he’s made, some others have made. There have been a few beers I’ve liked as much as Dave’s, but not many.
We believe that Eureka Springs, as well as our beer, will get a hold on you, too.